For more than a century craftsmen have been carefully constructing Waddell Display Cases in the time-honored tradition of Waddell quality. These skilled artisans use only the finest materials to manufacture a wide variety of display cases with the quality of fine furniture. Our craftsmen combine today's technology and designs with yesterday's personal commitment to constructing the finest USA made cases available.

The difference between a Waddell showcase and others is in the details. This distinctive level of quality can be touched and seen in the solid, well-constructed fit and finish of every piece of Waddell display furniture. Our tradition of innovation and expertise in craftsmanship has allowed us to become the leader of conventional and contemporary displays. 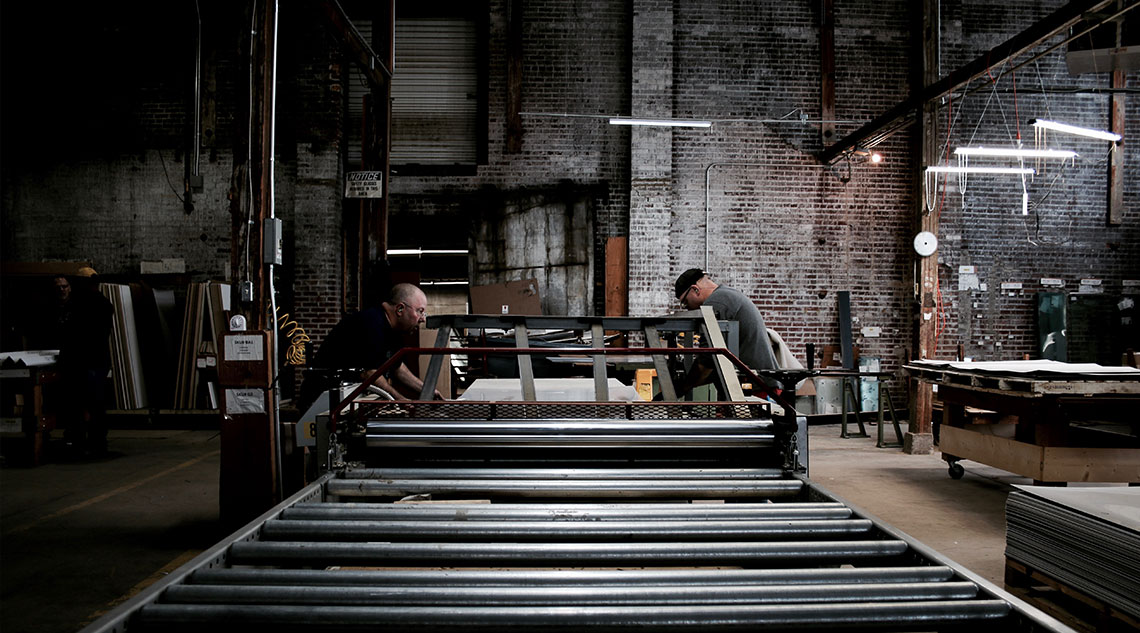 It all started in 1887, with the strong desire for a home brewed cup of coffee. While working in his father's hardware store, John M. Waddell fashioned an improved box grinder that allowed you to use one hand to turn the handle, instead of two, which was often cumbersome. This became Waddell's first product manufactured in his father's two-story grain elevator in Greenfield, Ohio.

Driven by problem solving, John moved from coffee grinders to calculators, cigar cases, post office fixtures, and finally to display cases. Just before Waddell's hundred year anniversary the business was sold from the Waddell family to the Leasure family, founders of Ghent Manufacturing.

While the product has changed, our story hasn't. We're a company who is driven by innovation and appreciates the details and fine craftsmanship because that's the only way we know.

Where will we go next?

Waddell, a GMi Company, is always looking for hardworking, friendly, and passionate individuals to join our team. Click the link below to learn more about our company and explore our job openings.